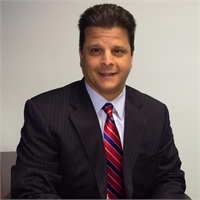 John Ruffa is the Vice President of National Planning Corporation's West Palm Beach office having joined the company in 1996 after 5 years in risk analysis with Northwestern Mutual Life.   Throughout his career John has guided his clients through some of the most turbulent economic times since the American Great Depression. John has been there for his clients through the rise and fall of the 1990’s stock market, the 2000 Stock Market crash, the September 11th terrorist attacks, the 2008 credit and stock market crash, and the extended recession and real estate depression from 2008-2011. John’s main focus has always been directed toward his client’s specific income, investment, insurance and business financial needs.

John Ruffa has been a resident of Palm Beach County since 1979; he is a graduate of Forest Hill High School in West Palm Beach and received his Bachelors of Science in Economics from the University of Florida. John is currently pursuing designations from the American College. John has spoken on current financial topics to a variety of groups including local hospitals, civic organizations, Florida College of Emergency Physicians and the University of Florida Alumni Association.

John is a member of the Royal Palm Beach Rotary Club, current chairman of the Royal Palm Beach Advisory Council, member of the National Association of Insurance and Financial Advisors, as well as a member of the General Agents and Managers Association. John has been a volunteer youth coach for 10 years and is the local president of Pop Warner National Scholars.   Additionally, John is active in many charitable causes in the South Florida community along with his wife, Jennifer. They have a daughter Katie and son Carson and currently reside in the western communities of Palm Beach county.

Get Financial News & Updates Delivered to Your Inbox